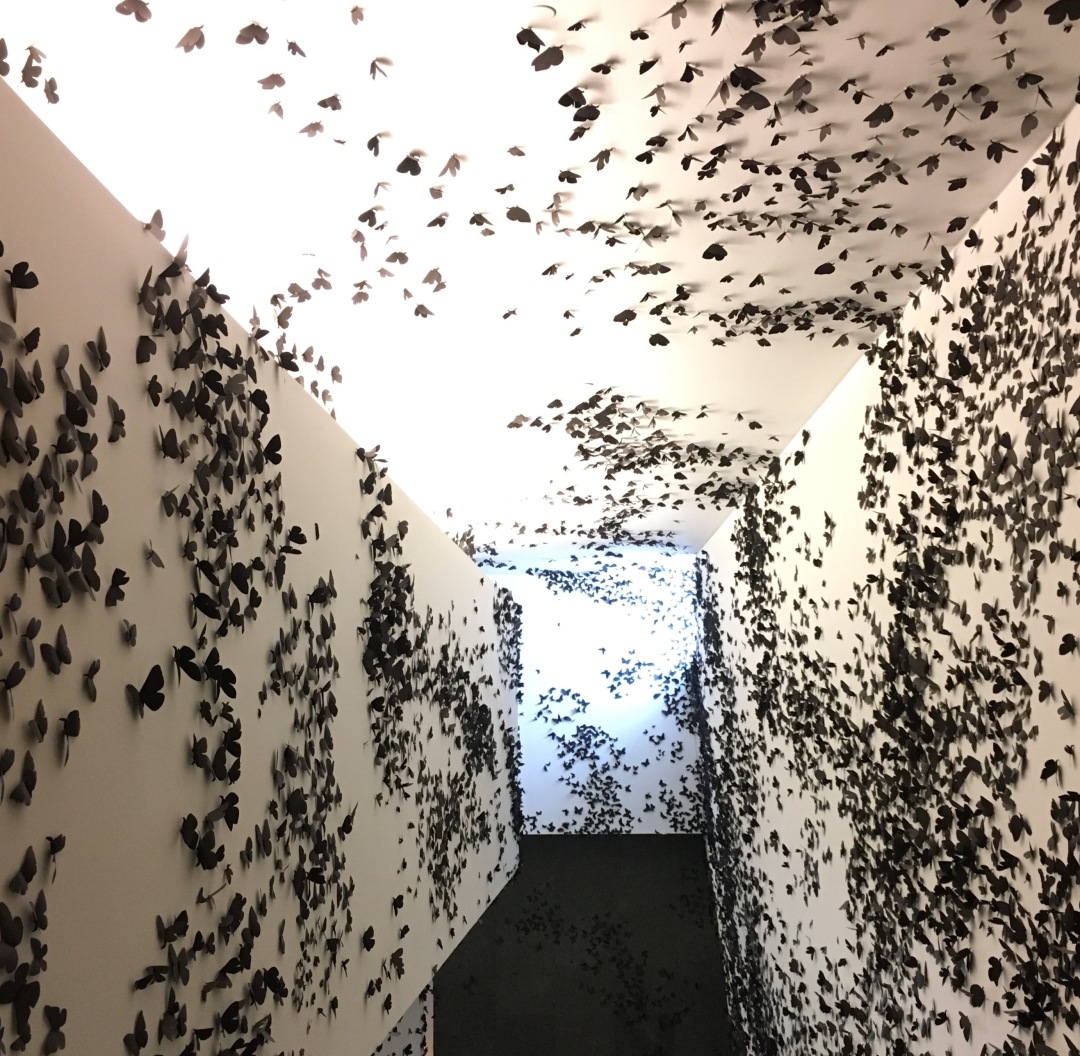 Heading down I-10 East into Phoenix, with Hwy. 303 and 101 branching like Houston’s Beltway 8 and the 610 Loop, and downtown peeking its head up from the Southeast was eerily reminiscent of however many millions of minutes I spent circling Houston on its network of highways.  Right there and then, I figured I would inevitably hate Phoenix.

My trip from Twentynine Palms into Phoenix was billed as something like a 4.5 hour drive.  I took 6+.  From Twentynine Palms, I decided to first head West to Yucca Valley (because it was the closest Shell station and branch location for my bank).  From there, I headed back to Twentynine Palms and stopped in at Raven’s Book Shoppe which turned out to be a lovelier book store than I had imagined it would be — columns of books at your shoulder, nooks to settle into, entire sections you could nearly command with your presence.  I would purchase three books after about 15-20 minutes and finally make geographical progress toward Phoenix after having left my airbnb an hour earlier.  For the trek, I decided to begin it by going through Joshua Tree National Park — what a beautiful and pleasant 25mph toll road that was.

I’m actually not all that interested in talking about the specifics of Phoenix.  I spent three weeks there, ate dinner out every night and only once repeated a venue.  But in the grand scheme of good Phoenix restaurants, I hardly scratched the surface — I rarely even visited the same area twice to go eat, and passed up however many other potentially delicious options while dining where I did.

I visited two museums, watched part of a Hopi Indian dance exhibition, roamed Roosevelt during First Fridays, spent my days working from The Office Bowl, and generally found myself excited about learning and exploring Phoenix.  It was all of the city formational familiarity with none of the baggage of history.

For most of Phoenix, neighborhoods are about as well defined as drunken consent [just like Houston], zoning is more or less a perpetually modified afterthought [just like Houston], and Tempe, Mesa, Glendale (even you, Scottsdale) are their own places except for how they’re existentially defined by their proximity to Phoenix [like Katy, the Woodlands, Sugar Land, Missouri City, etc. are to Houston].  Houston may be in a bit of a shift currently, but it was always a thing that to find the Goods in Houston, you had to work for it.  Many of the dining stops I made in Phoenix were based on recommendations I received from office mates — the venues often either stand-alones (sometimes in the middle of what was otherwise a residential neighborhood) or nondescript also-rans in some unsuspecting commercial row.  It was truly an enthralling experience seeking out the Goods in Phoenix.

“If it’s so much the same, then why not get that same joy while in Houston?”  …no.  Where the likeness between the two stop is when the highway / layout familiarity passes, but my mind doesn’t immediately begin rolodex’ing through every memory attributed to that particular highway, that particular part of town, a night where I may have especially lamented taking that particular exit.

One thought on “Phoenix (Unladen Nostalgia)”