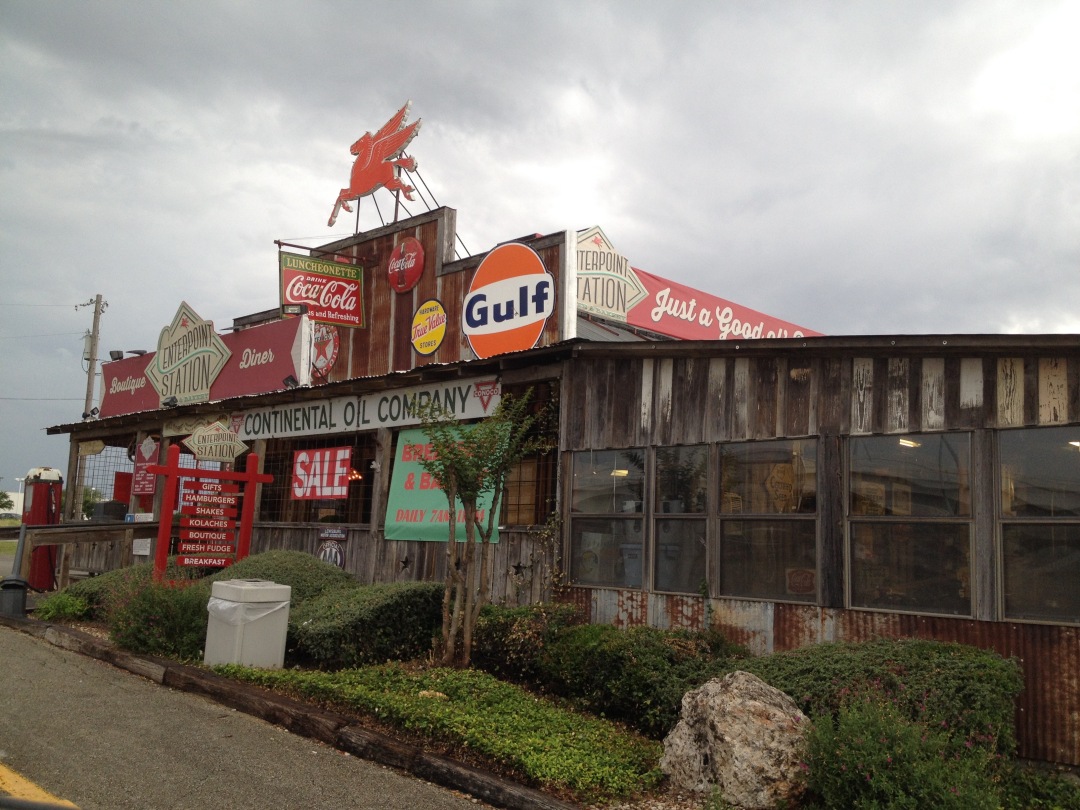 Disclaimer: none of this is even remotely objective.

From Albuquerque I needed to get to Austin, TX where I was to spend five nights immediately followed by three weeks in Houston.  Austin is a long day’s travel from Albuquerque, so I split it by spending two nights in Odessa, TX.

This is oil country.  Per Wikipedia, the population is growing rapidly while the city aims to embed itself into other heavy industries.  This feels accurate.  For there’s really no allure to Odessa, except for money.

The city lives perched on the North side of I-20, and the lattice work of streets expands freely in every direction but South.  There’s very little in Downtown that pierces the view of the horizon, and (perhaps commonplace for Texas that has little to no zoning) there’s not much definition or variation between what has become commercial real estate versus areas for housing.  That last part is a hallmark for my recollection of growing up in a NW Houston suburb: I never knew when a new ‘town’ began or end, because there was little to no effort on their part to define themselves.  And when urban sprawl is king, why try?

When I had shared with my dad that, upon arrival to Odessa, I was immediately ready to leave, he reminded me that my grandmother was born there.  I replied that the value of the area definitely dropped when she moved away; he said he doubted that as it wasn’t worth much back then either.  That felt accurate.

The liberal mecca of the South; Texas’ progressive epicenter; Silicon Valley’s baby brother; SXSW; the capital; the easy-out for the well-to-do upper middle-class to add some spice to their lives while not having to make any actual allowances into their inclusivity.  More generally, an issue I have with just about every city I’ve visited that comes with a folkloric luster is that its inhabitants tend to know it, and I feel I can drink the pretentiousness from their wake.

I did end up partaking on a day-pass at a coworking space named ‘Meld’.  The owner was cordial, but the space remained predominantly empty throughout the day, and the office residents in the dedicated desks upstairs weren’t much up for eye contact when passing through the communal areas.  I’ve had better.

On the plus side, two significant women in my life are in Austin: one is there by choice and the other not so much.  I was able to spend time with each of them, and between a house visit, a trip to Austin’s ‘gram-friendly graffiti walls, a couple of enjoyable dinners, and a queer tango lesson [literally; look it up if you want], we managed to have ample opportunities to enjoy one another’s company, for which I was rather grateful.

Texas may be massive, but so too tends the size of its families.  A cousin of mine lives in New Braunfels [SW about an hour from Austin], and we worked out an early dinner in San Marcos (about halfway between).  I met her and her husband at Centerpoint Station (pictured), which is a laid-back diner well acquainted with the area and just off of I-35.  As it were, Centerpoint Station expanded on their building a number of years ago, and a major source of the materials came from a train depot that was decommissioned in New Baden (some two hours away to the NE).  Where more of my family had lived.  Which is also just a skip away from Franklin, TX, the town permanently etched into my memory for family holiday get-togethers.

That may come across like a smattering of fond memories, but I don’t think I’ll ever permanently move back to Texas.  I blame Houston.

Born, raised, and my driver’s license still has a Houston address (technically Spring, fine) from when I had moved off of Oahu after 2.5 years, but I haven’t truly lived in Houston since 2008: 11 years ago, near a third of my life, more than half of my adult life.

[This is when that disclaimer really comes into effect]

Houston (not unlike Texas on the whole) is massive, but when you’ve spent 24 formative years traversing it, it can become difficult to navigate around your past.

I’m fully aware that personality types play into this conundrum, but in that vein, the more that time has gone on, and the more I’ve continued to learn about my own personality type, the more I don’t see this cognitive hurdle being circumvented.  Thus, I blame Houston.

I spent three weeks there, made use of the ‘Work Lodge’ in Vintage Park [holy plethora of small businesses!], stayed with the ‘rents, saw friends, saw friends’ burgeoning families, saw my brothers, saw my brother’s burgeoning family, got to see a large swathe of my mother’s side of the family whom I hadn’t seen in many years, and saw my Uncle Ken for what would be the last time.

I don’t really remember much else.  And I’m recognizing now that I’ve become a bit flummoxed after just thinking about the city for a length of time.

So let me tell you about Kansas…